Güey is a rough and ready, premium, tequila-based drink which is extremely hot and spicy. It is inspired by a unique spectacle in the world: Mexican wrestling. And by a mythical character, El Güey, who with a move that was named after him, turned this fighting discipline into pure entertainment.

We could just say that Güey is for everyone, and leave it at that. But that wouldn’t be fair, as only a select few can handle Güey. People who like to rip it up and enjoy a wild time out with their pals.

Güey is a drink that’s willing to break the rules, to fight for a different philosophy. It’s come looking for a fight that will make it unique.

INSPIRED BY A LEGEND

One day, during a Mexican wrestling match, a masked man with huge glistening muscles came up with a spectacular move to finish off his opponent. That man was El Güey and he made his mark with the spectacular “LaGüey” move.

At every match, the audience would call for El Güey to end his fights with “LaGüey”, helping to make Mexican wrestling a fun-filled, colourful show. A new philosophy of life was born. And it was all thanks to El Güey.

Even now, fervent crowds still shout for Mexican wrestlers to do “LaGüey”, immortalising a wrestler who made history in and out of the ring, and will continue to do so.

A drink with the essence of El Güey

Today, the fighting, fun-loving spirit and the passion for wrestling shown by “El Güey” live on in this drink, which is itself quite the spectacle, with its bite, its magic, its flavour, fun and character.

You’re probably asking yourself what Güey has in it, to make it so good. It has tequila, the very best.

And it has that spicy touch that makes it a really special drink. With its own personality and a character that is sure to leave its mark on you. 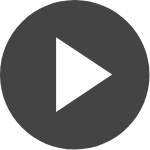